What are the maintenance and solutions for folding umbrellas?

Home / news / What are the maintenance and solutions for folding umbrellas?

What are the maintenance and solutions for folding umbrellas?

For a large part of the people, summer is a hot and rainy irritable season. When people walk on the road, they suffer the baking of the sun and the rain. At this time, I wanted to have an umbrella. Everyone is familiar with umbrellas, it is so common. However, often an umbrella breaks after a short period of time, but you are not willing to throw it away, what should you do? Let's take the more common folding umbrella in umbrellas as an example, and talk about how to repair the umbrella if it is broken .
The most easily broken place during folding is the T-shaped cap on the top of the umbrella. The T-shaped cap is the middle rod that rests on the inner frame of the umbrella bone, because the frame is easy to break when the wind blows, and the eye of the T-shaped cap is loose. In this case, the solution is to find a piece of thin cloth or plastic, rotate the T-shaped cap and the rod in the frame, and plug it tightly, so that the umbrella can continue to be used.
The joints of the steel bars of the folding umbrella are broken. This is also a common situation. When the umbrella is opened, one or more sides will collapse. In this case, the solution is to find a pair of pliers, preferably needle-nose pliers, which are more convenient to use, and iron wire. Observe carefully to find out the iron cap that has the bad connection and replace it with iron wire. Tighten it with pliers, and pay attention that the end of the wire should be turned inward so that the umbrella is not pulled and scratched.
Another situation is that the position of the shrink card of the folding umbrella is broken. After the umbrella is opened, it will always be automatically stowed if it is not stuck. You can't always hold the umbrella while walking! The solution to this situation generally requires the use of knives such as fruit knives. Flatten the card position when it is opened, because it is always used, and there is damage from wind and weather, which makes the card position uneven, rounded, and unable to jam the umbrella. It can be solved by flattening the plastic card position with a knife. General problems can be solved with these several methods.
In addition to the above situations, the folding umbrella needs to be repaired. There are also several situations: the wind can easily cause the small wire of the umbrella rib to bend. You can straighten the wire directly by hand to prevent the corns from falling off or the umbrella cloth from puncturing the umbrella. If the handle is rusty, it is easy to cause the switch to be unsmooth. Use a small screwdriver or toothpick to apply lubricant to the middle of the handle joint, and then switch it several times; if you can’t solve it, then you have to throw away the umbrella because the structure of the umbrella So simple. No matter how big the problem is, there is no need to fix it. 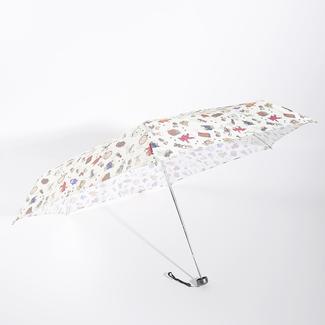 PREV：How to choose a tent?
NEXT：What are the structure and characteristics of the umbrella?